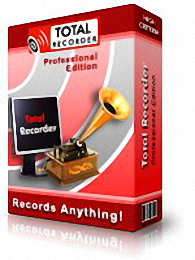 Total Recorder Professional provides many powerful functions for the recording, converting, editing, and processing of sound. If you want to have video capture features as well, download the new VideoPro Edition. With this edition, you can record from any combination of video and audio sources.