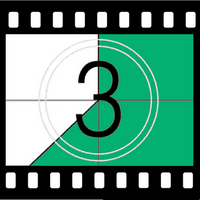 dBpoweramp Video Converter should be your first choice for video conversion, dependable, fast and outputting highest quality results. Video Converter is based upon the same technology as its sister product dBpoweramp Music Converter, trusted by over 30 million users. 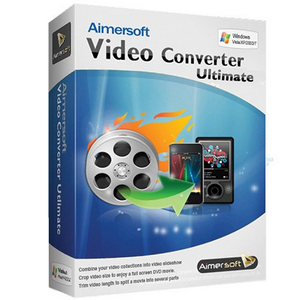 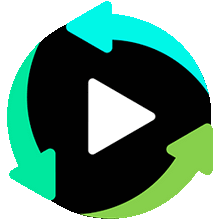 iSkysoft Video Converter for Windows is the best video converting software to convert video/audio to any format on Windows 10/8/7/XP/Vista, thus you can freely edit them or play them on various devices as needed. The All-purpose HD converter can convert video to HD quality, download high-resolution videos, compress and edit 4K video to smaller size in any format quickly, and do more. 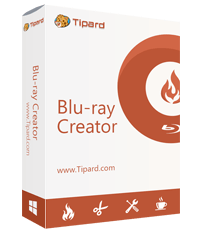 Create Blu-ray disc with your own video and convert any video to Blu-ray folder/ISO file for better playback and preservation. Tipard Blu-ray Creator is the best Blu-ray creating software to help you create Blu-ray disc/folder/ISO file with any 4K UHD/HD/SD video in format like MP4, AVI, MOV, M4V, MKV, M2TS, MTS, TS, WMV, FLV, M4V, etc. with high video quality and fast creating speed. And the Blu-ray disc highly supports any popular Blu-ray players, such as Sony BDP-S5, Samsung BD-F, LG Electronics BP and more. In addition, it is equipped with various editing features for you to edit video and customize output video effects. You can freely add audio track and subtitle to the output Blu-ray file. 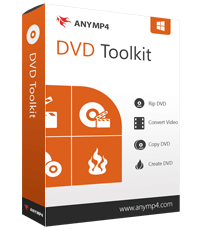 All-in-one DVD Toolkit for DVD fans. The best DVD Converter software Suite is packed with DVD Ripper, Video Converter, DVD Creator and DVD Copy. Easily convert DVD to video, convert video and audio to all popular formats, edit video to your liking, rip DVD to video, and burn DVD to a blank DVD disc. Easy operation and user-friendly functions, and simplifie your life and bring you the best user experience. 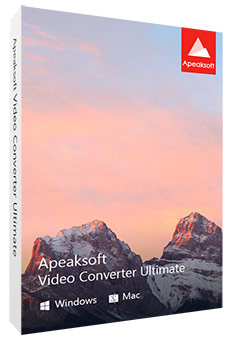 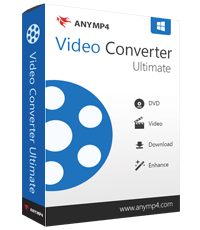 AnyMP4 Video Converter Ultimate — this is the most comprehensive video converter. It will help you convert any videos, HD or general ones, download online videos from mainstream websites and convert downloaded videos and rip DVD movies. With one program at hand, you can easily enjoy any videos or audios on most popular devices and with popular players. 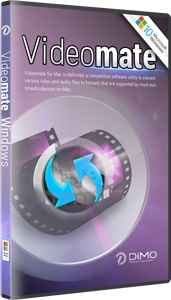 As an all-around video converter software program, Videomate enables you to convert video with great facility: AVI to MP4, FLV to MKV, WMV to MOV, MKV to MP4, etc. Conversions between audio formats can also be done and you convert video to audio to get audio off video file for music listening. The output files converted by this media converter will playable on various devices, editable on non-linear editing system, streamable on media servers, etc. A multi-functional piece of software that lets you convert 4K UHD/HD/SD video to any popular format or mainstream devices, turn 2D video to fantastic 3D movie, make customized videos and access video file on local computer via wifi connecting. 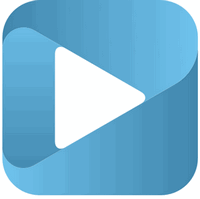 On account of strong support with NVIDIA CUDA, AMD®, etc. technologies, FonePaw Video Converter Ultimate can decode and encode videos on a CUDA-enabled graphics card, which leads to your fast and high quality HD and SD video conversion. Besides, apart from videos files, audio and DVD files are also in the list of «Able-To-Be-Converted», which means this power video conversion solution is capable of converting video, audio and DVD files efficiently and stability. 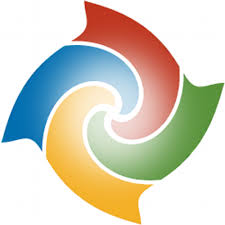 SUPER is a Multimedia Encoder and a Multimedia Player, easy-to-use with one simple click. If you need a simple, yet very efficient tool to convert (encode) or play any Multimedia file, without reading manuals or spending long hours training, then SUPER is all you need. SUPER does NOT require any additional external codec to be installed, absolutely nothing. Necessary codecs are built in! SUPER can also play and save Internet Media Streams with different protocols ( mms, rtsp and http). It plays & converts very fast full length movies to any other format without any time or function limitation. NO trial or evaluation version of SUPER but one unique fully working version. It even supports formats for mobile phones, Nintentdo DS, PSP and many other gadgets.