Create Blu-ray disc with your own video and convert any video to Blu-ray folder/ISO file for better playback and preservation. Tipard Blu-ray Creator is the best Blu-ray creating software to help you create Blu-ray disc/folder/ISO file with any 4K UHD/HD/SD video in format like MP4, AVI, MOV, M4V, MKV, M2TS, MTS, TS, WMV, FLV, M4V, etc. with high video quality and fast creating speed. And the Blu-ray disc highly supports any popular Blu-ray players, such as Sony BDP-S5, Samsung BD-F, LG Electronics BP and more. In addition, it is equipped with various editing features for you to edit video and customize output video effects. You can freely add audio track and subtitle to the output Blu-ray file.

Tipard Blu-ray Creator is an easy-to-use and powerful Blu-ray creator. It enables you to burn any video into Blu-ray disc/folder/ISO file with high quality and fast speed. Whether you want to make Blu-ray disc for your Blu-ray player, or create Blu-ray folder or ISO file for the long-term preservation and better sharing, this powerful Blu-ray Creator can be your best choice. 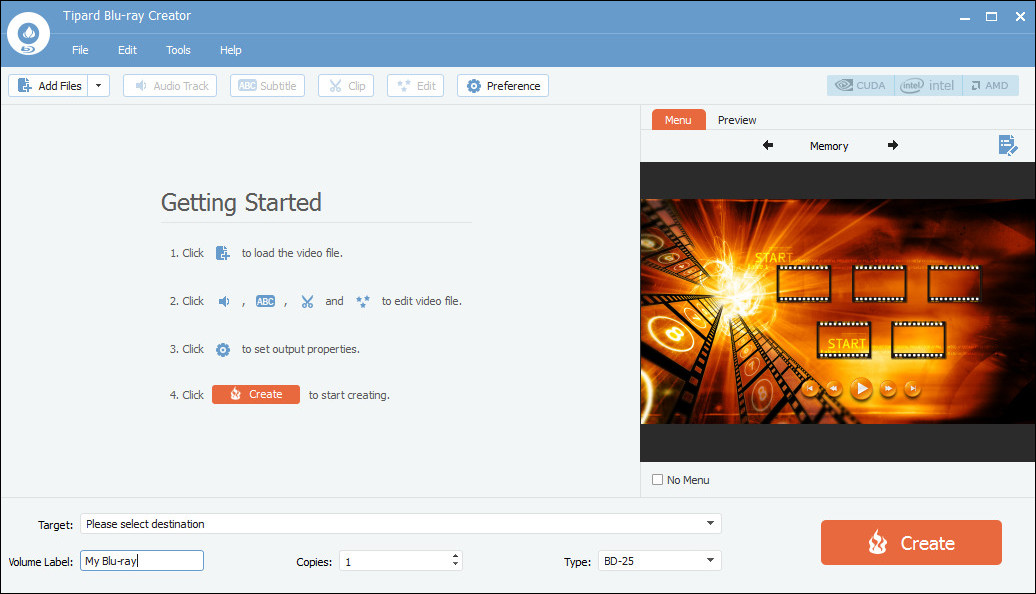