Turbo Studio (formerly known as Spoon Studio) — with this app you can combine files needed to make an app run into a package that is ready for use without deployment. The application allows you to create a virtual container and run programs in a virtual environment without the installation and make changes in registry and system. 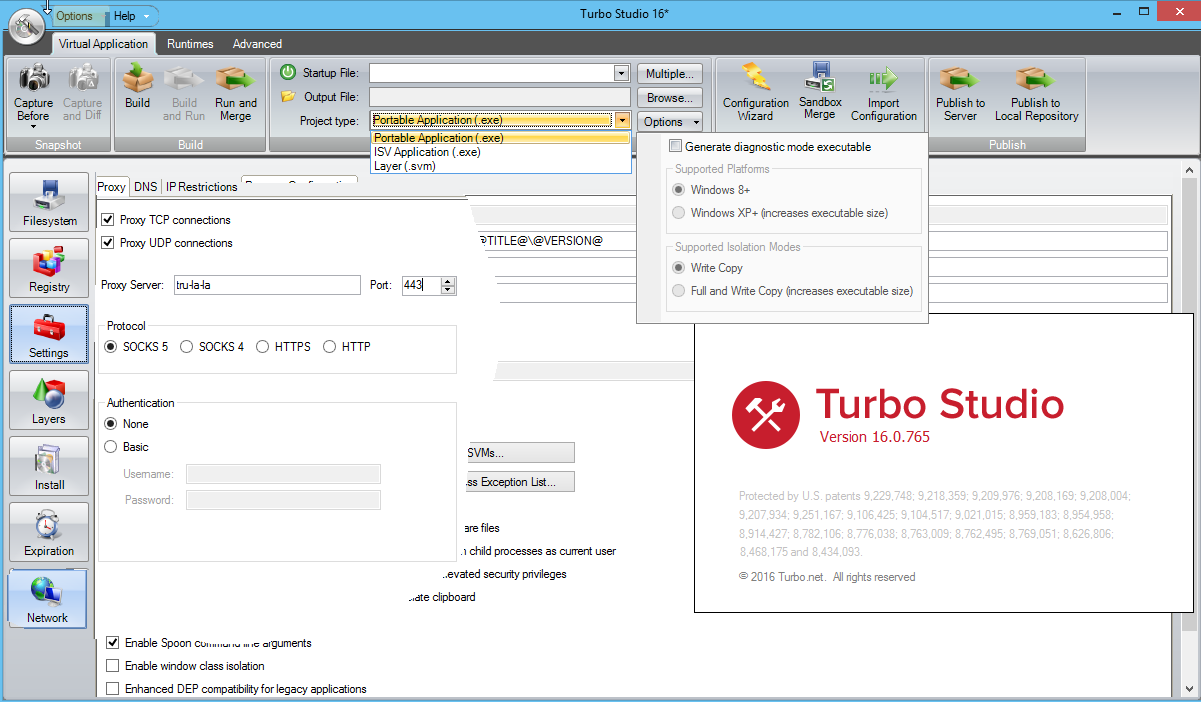 Login or register to see spoiler's content
Spoilers are only visible for VIP users.

Added Portable version.
Only registered users are allowed to comment