WACUP (which can be pronounced as wakeup or wac-up or however you prefer it in your native tongue) is designed to work only with the patched Winamp 5.666 release to provide bug fixes, updates of existing features and most importantly new features with the goal to eventually become it's own highly Winamp compatible media player.

WACUP makes use of the benefits of Winamp being heavily based on a plug-in system so new plug-ins can add additional features as well as allowing replacements to be created which provide better implementations over the plug-ins natively included with Winamp. If none of that makes sense, a good way to think about WACUP is that it is like a video game mod where you initially use the original game but then files related to it are added to or edited in-order to provide a better experience. The released preview version comes with an installer that support portable installation mode. It can be used to upgrade your existing Winamp installation. However, it is recommended to install WACUP into a separate directory to avoid any possible issue. The installer is not digitally signed, so you may see a Windows Smart Screen warning. * It is best to install the WACUP beta into a separate directory from your existing Winamp install (if applicable) which the installer will inform you about. Later on it will be supported to install WACUP over the top of an existing Winamp 5.66/5.666 install without issue. 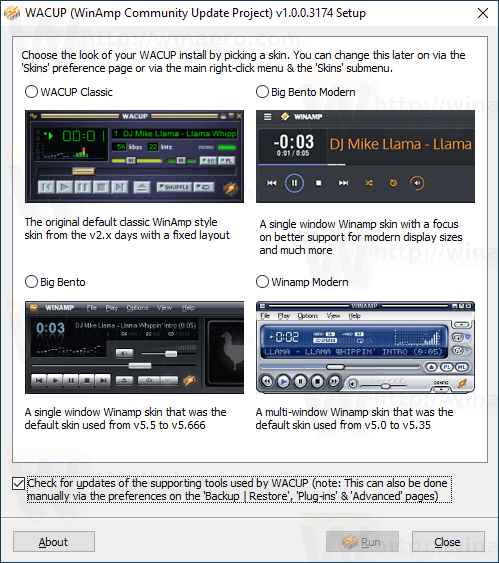