SystemRescueCd — recovery disk, which is based on Linux and is available as a bootable CD / DVD-ROM or USB-stick for the administration and recovery system and data after a crash. It contains tools for working with hard disk: a breakdown into sections, diagnosis, preservation and restoration parts. Knows how to mount the Windows Ntfs for reading and writing. It also contains tools for configuring the network, network services, search tools, rootkits and antivirus. It can be downloaded from the CD-ROM, USB-drive or a network via PXE. 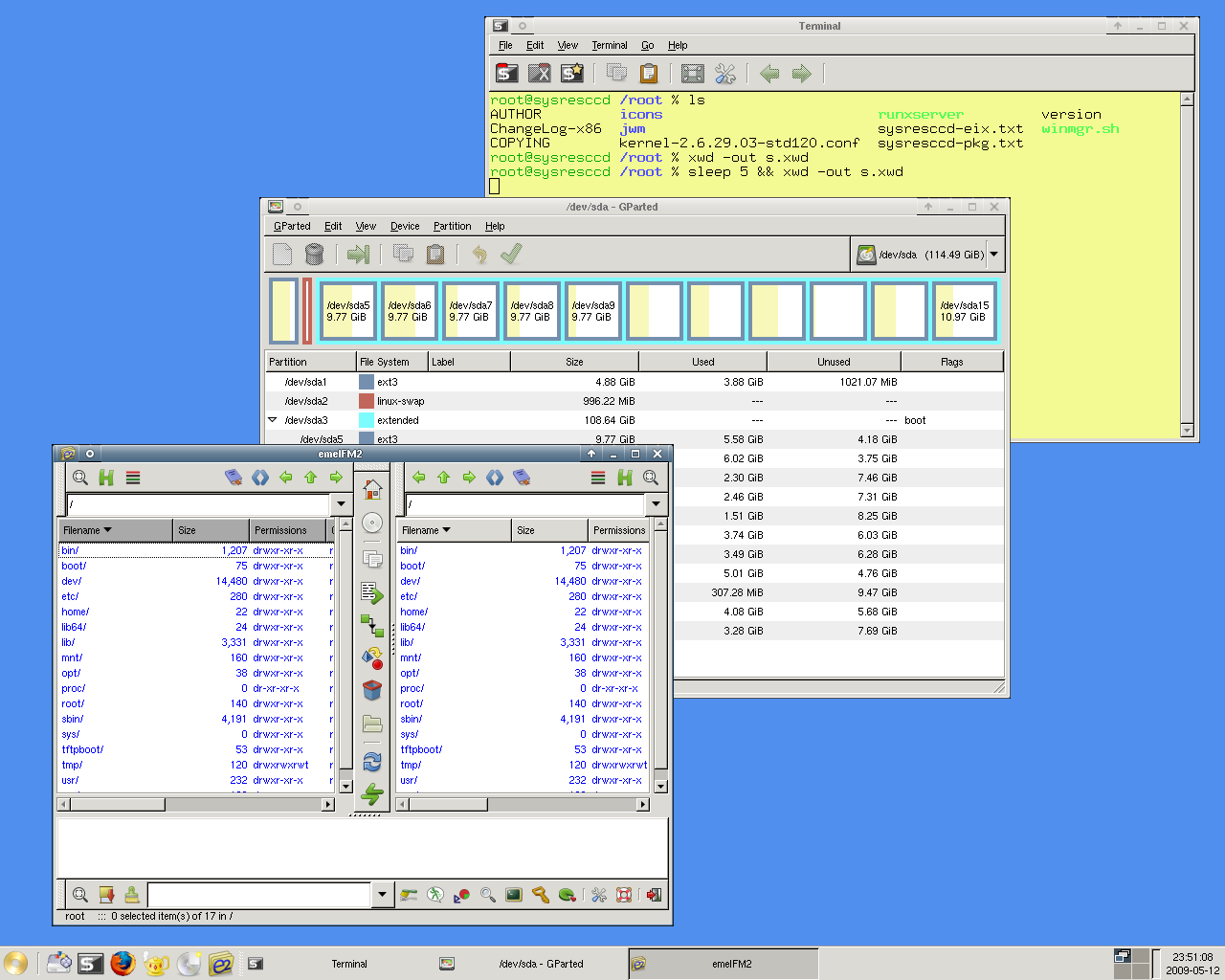