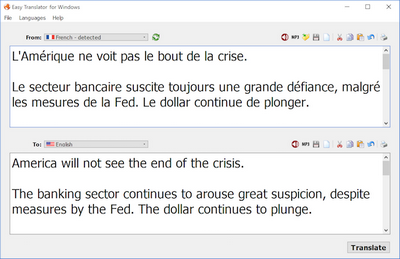 This translation software can also convert text to MP3 audio files so that you can listen to the audio in your favorite music player.