With O&O SpeedCheck you can simulate your Windows system in a fragmented and defragmented state. No data is written in the simulation, it simply reads test data from the hard disk. After completion of the simulation you will be shown a comparison of the two test times, and the possible increase in speed available to you. You can see just how much your PC could be accelerated by regular and thorough defragmentation. 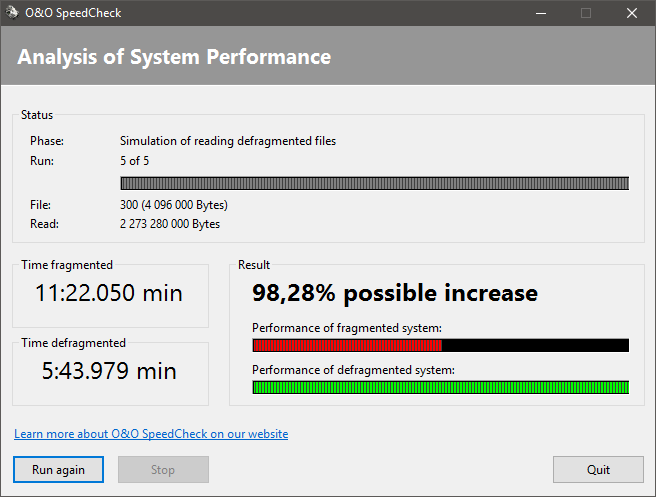