Firemin will attempt to eliminate most Mozilla Firefox memory leaks. We tweaked our memory optimization engine a little and applied it to Firefox (including Firefox extensions) to fight those nasty memory leaks. To use Firemin; you will need to unzip firemin.zip, double click on Firemin.exe and allow Firemin babysit Firefox. If you expected it to be complicated, we are truly sorry for disappointing you.Force FireFox into submission and reclaim your memory.

A small application that will eliminate all memory leaks in Firefox
Firemin uses a safe API function called EmptyWorkingSet that basically forces the process (in this case Firefox) to use less memory. Other words, tells Firefox to give back some of the system memory it’s hanging on to. For those of you who are a little more technically minded, you can read more about it here. Using this function will sometimes result in a slight performance decrease measured in milliseconds, but I do mean slight, the chance of you noticing the performance decrease is almost zero.Firemin is not one of a kind. There are similar “Firefox memory boosters” available; however, most of them are frauds (work mostly contain spyware and malware) or work using the Placebo function (if you think it will work, it will). Firemin does not contain any malware and actually do decrease Firefox memory usage, up to 95% (under 1MB in some cases). Firemin has not received any negative reviews and no side effects like browsers crashing have been reported, “knock on wood”.Even though Mozilla keeps claiming that they fixed their memory-leaking issues, it seems like this is not completely true. Maybe one day, but until then, Firemin will lend a friendly hand.
Screenshots 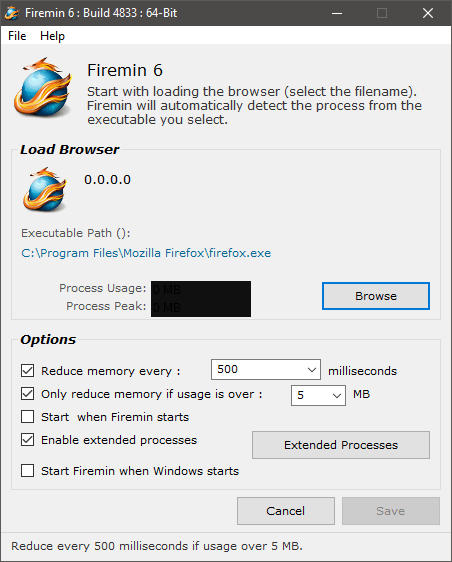 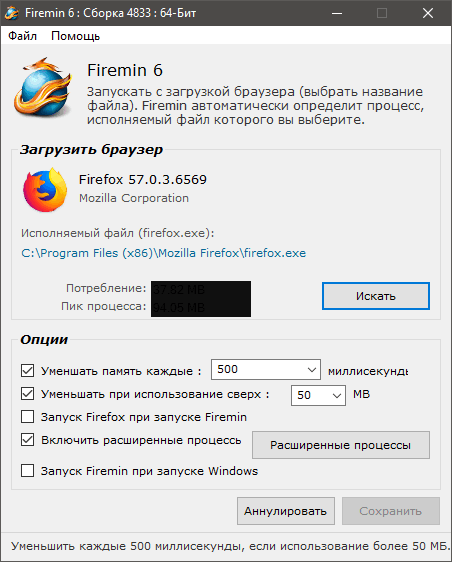